A 15-year-old boy has been killed and dozens of people have been injured after a strong earthquake rocked Croatia’s capital, Zagreb.

The 5.3-magnitude earthquake struck at about 6.23am (5.23am GMT) on Sunday, sparking blazes, cracking buildings and crushing cars. Zagreb’s iconic cathedral was also damaged with the top of one of its two spires collapsing. 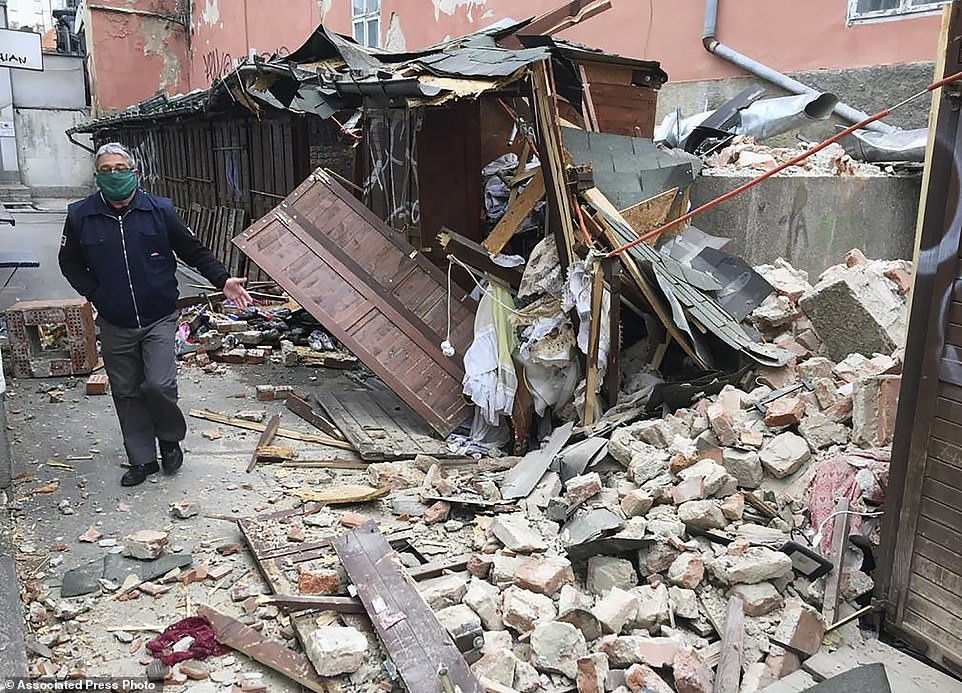 The country’s prime minister, Andrej Plenkovi?, said the earthquake was the biggest in Zagreb in the last 140 years.

Interior Minister Davor Bozinovic warned people to comply with social distancing measures, even as they were trying to overcome the quake damage.

We needed to ‘keep their distances’ and avoid gathering where possible. We are facing two serious crises’, he said, ‘the earthquake and the epidemic’. 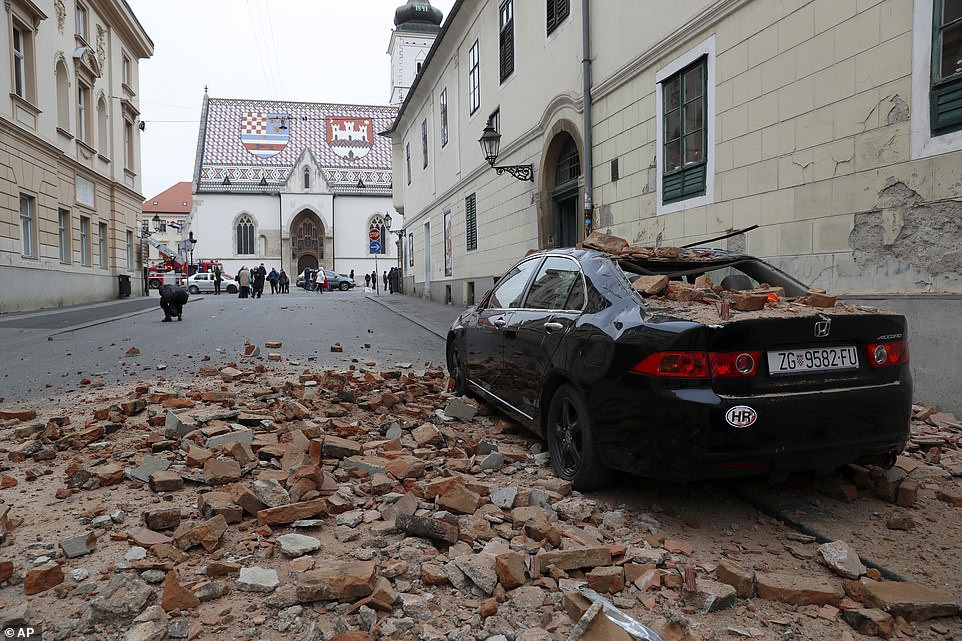 The government has appealed for everyone to ‘stay calm’ and ‘keep their distances’ during the crisis.

‘We appeal to the citizens of the city of Zagreb who came out after the earthquake,’ they wrote on Twitter. ‘Hold a space!’ 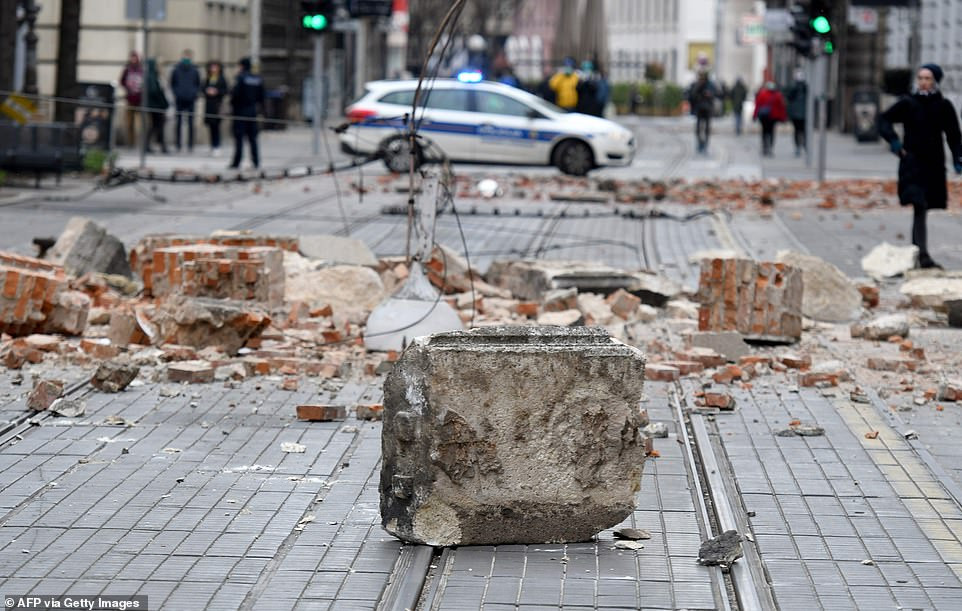 ‘We know you are upset, but keep in mind the situation we are all in. Follow the instructions of the city services and relevant institutions, but first of all, once again, space.’

Croatia has 235 confirmed cases of coronavirus to date. People have already been told to avoid public areas, such as parks and public squares. 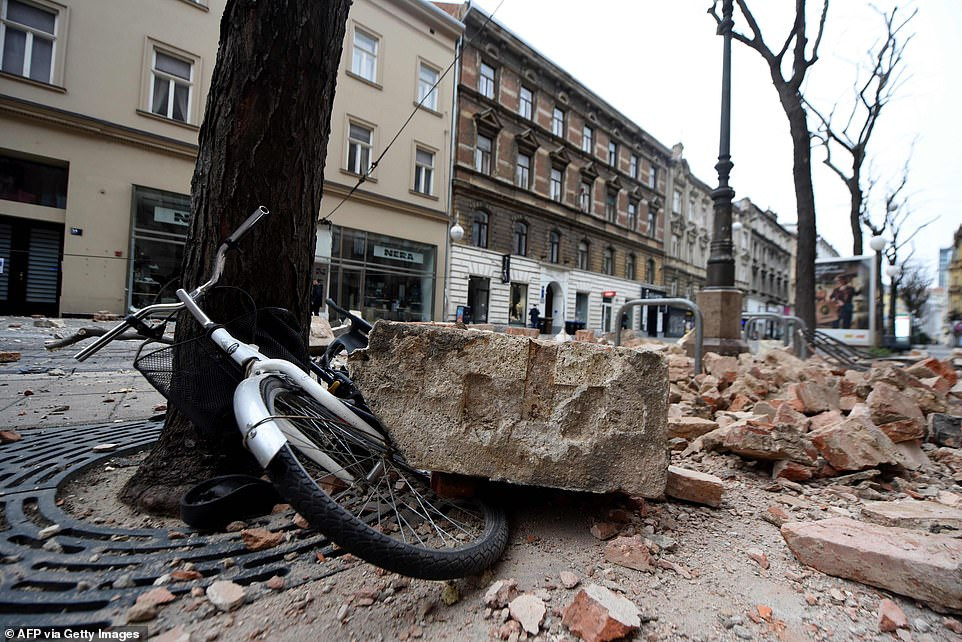 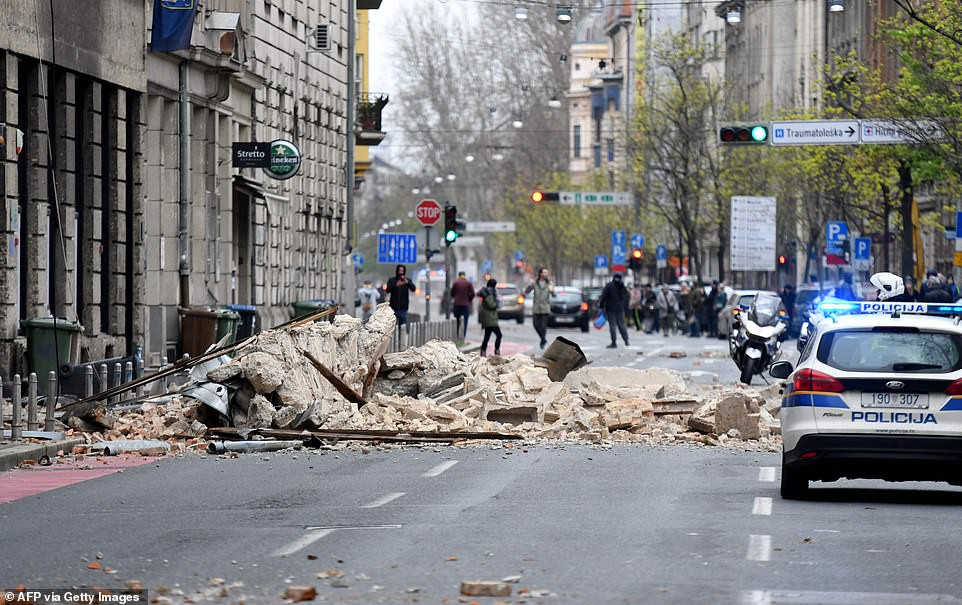 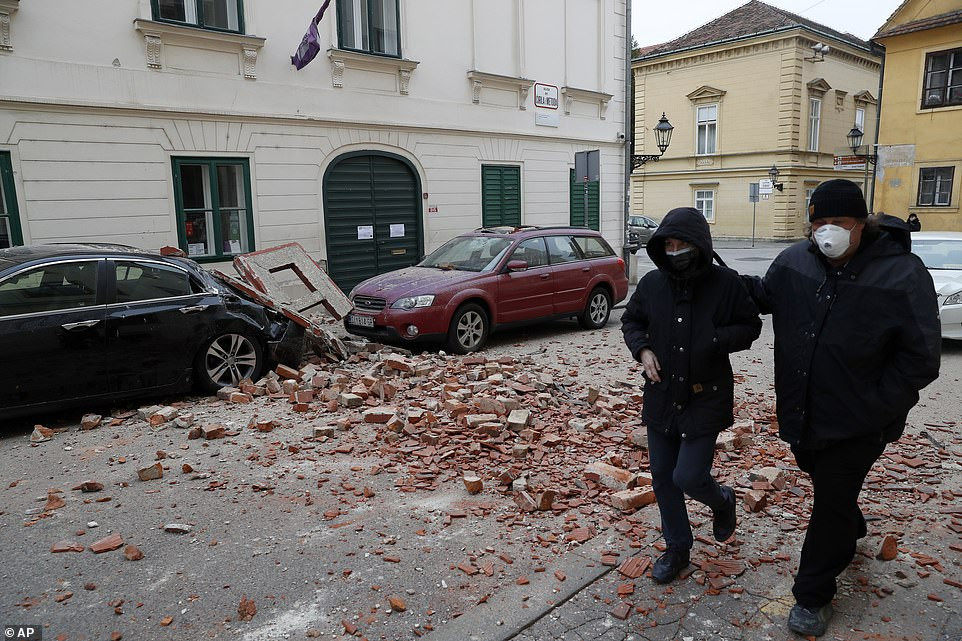 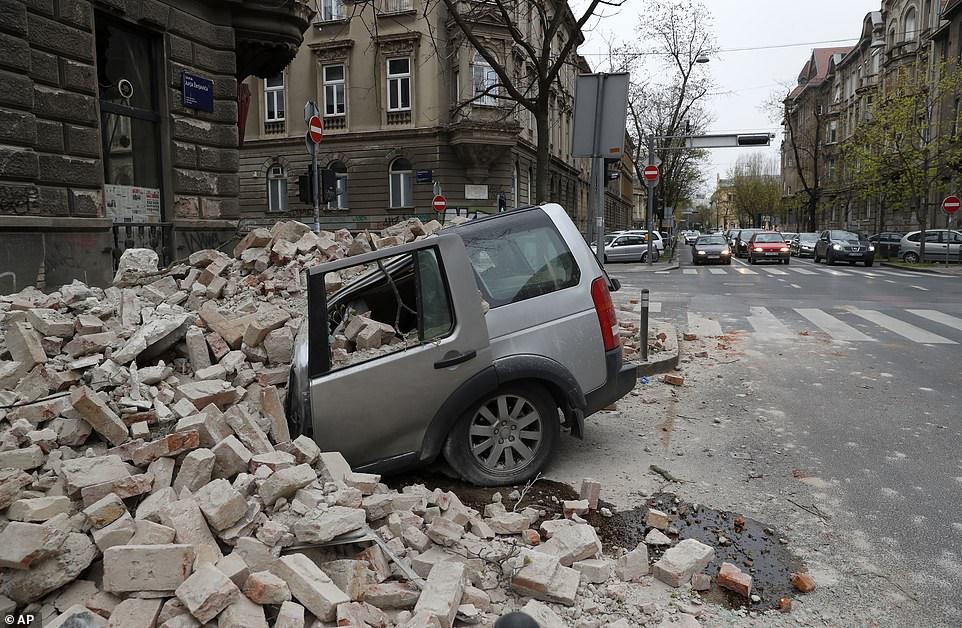 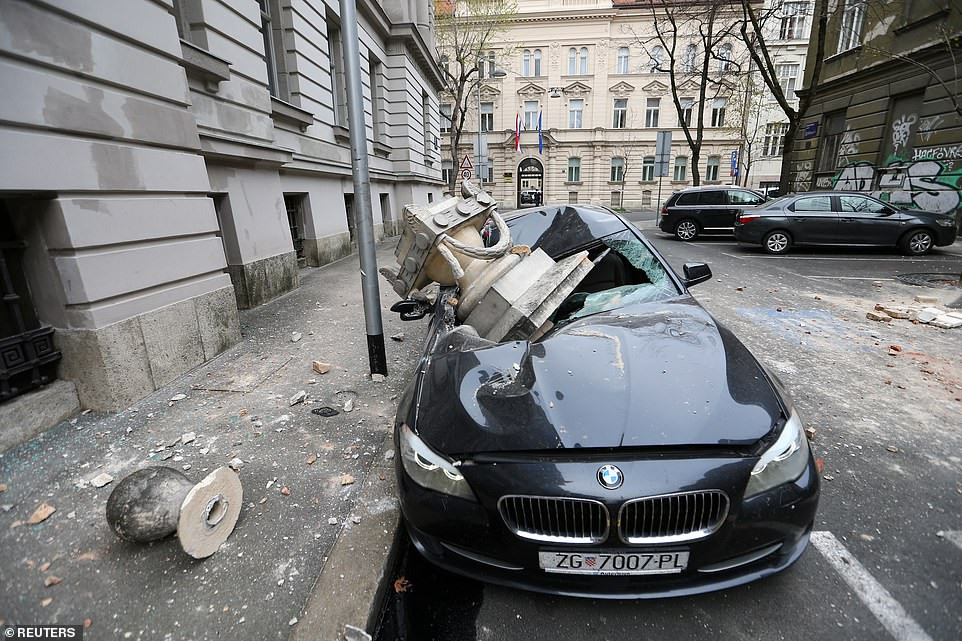 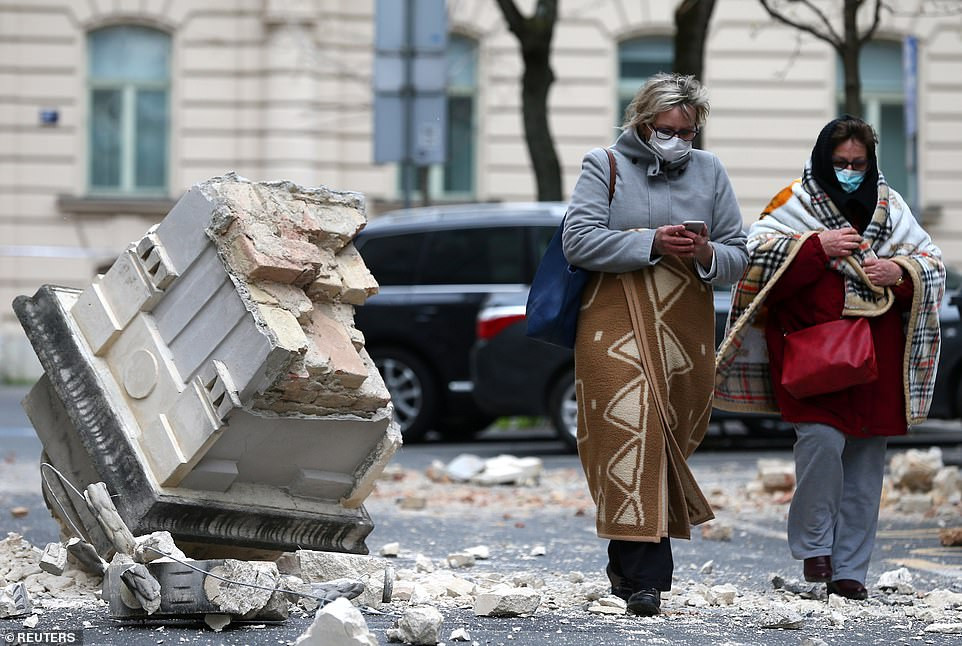 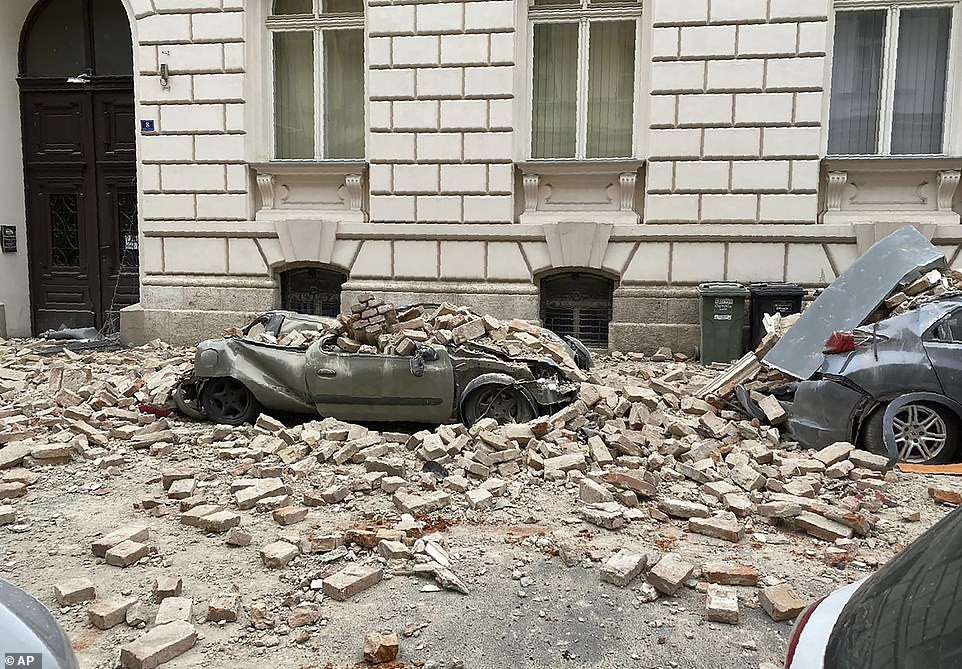