Burna Boy issued a threat to song writer, Ceezamilli after he revealed that he vibed about 50-60% of his hit song “On the Low”.

The disclosure came after Burna Boy claimed he has never had help writing his songs except one time with Peruzzi.

Ceezamilli however countered Burna Boy’s claim as he recounted how he vibed 50-60% of “On The Low” which made it to his last studio album “African Giant”. The song writer who admitted that Burna Boy changed some of the words on the song, disclosed that the recording for the song was made by Kel P for another artiste who had not voiced on it at that time. 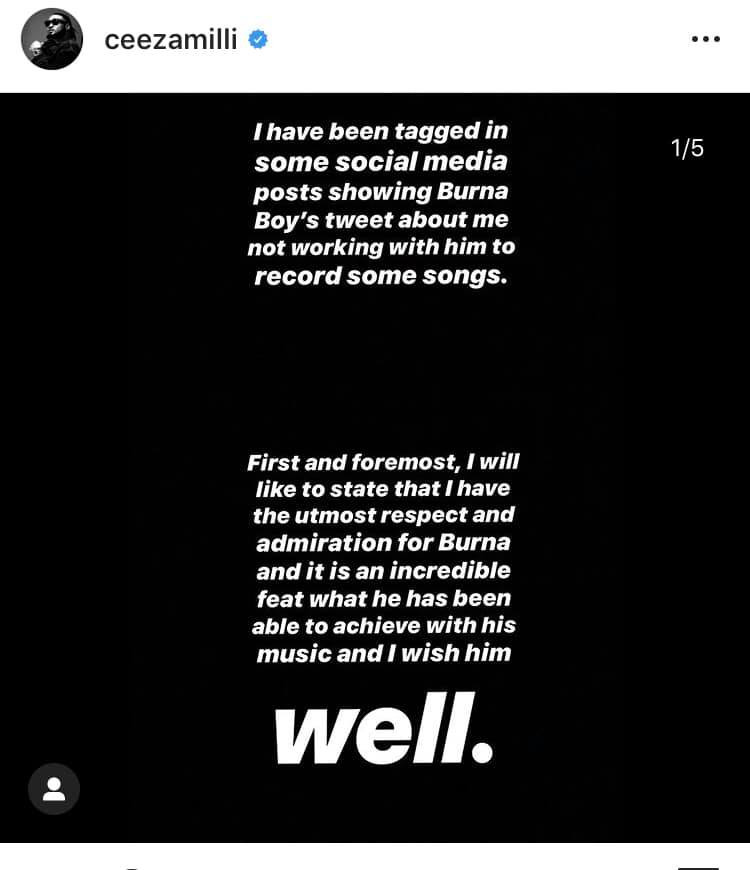 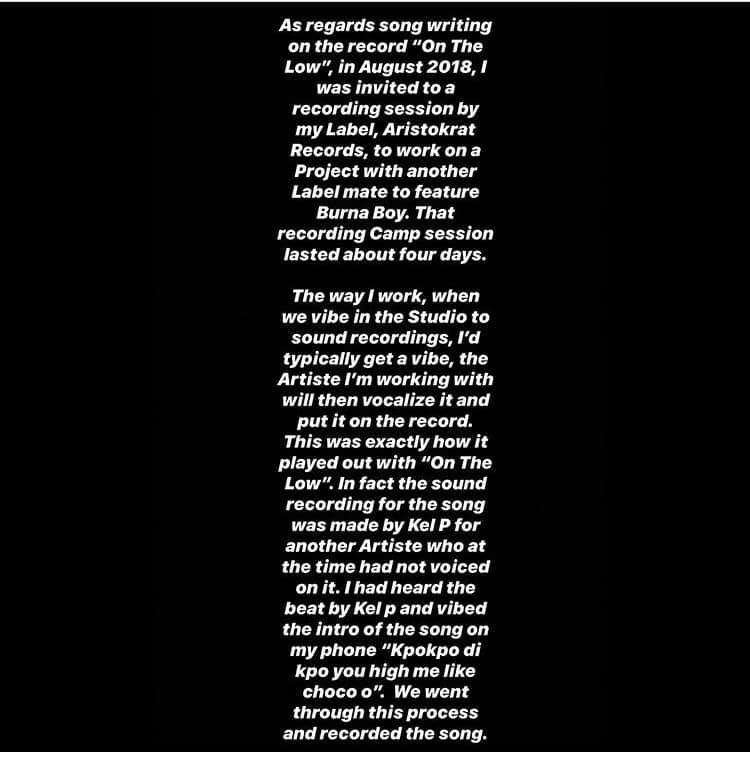 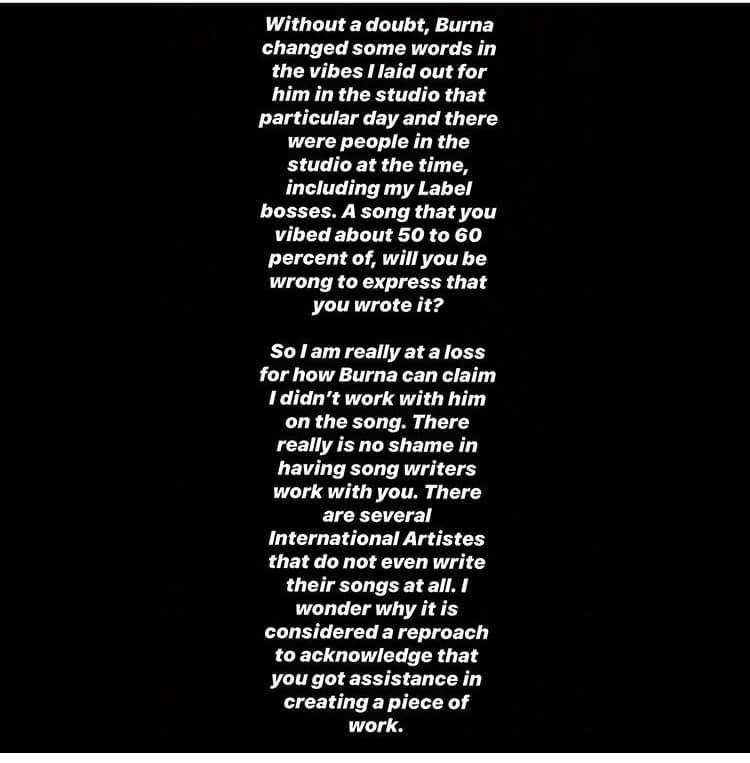 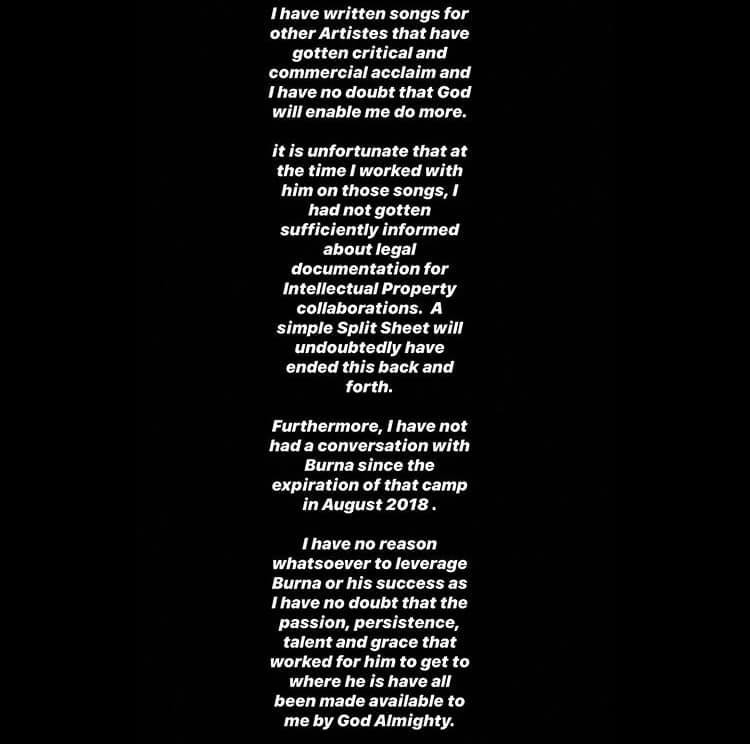 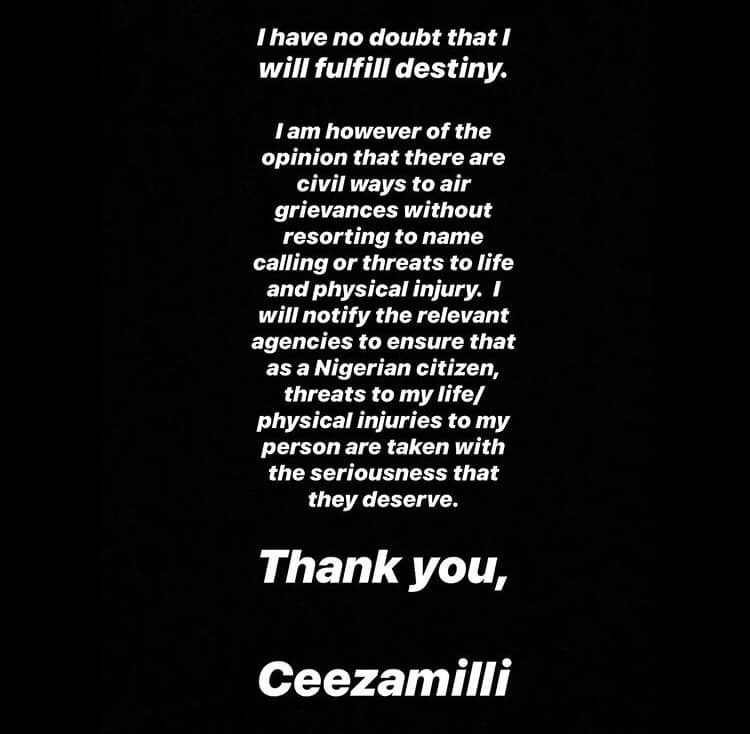 Burna Boy who reacted to Ceezamilli’s disclosure, however issued a threat. He wrote in now deleted tweet; 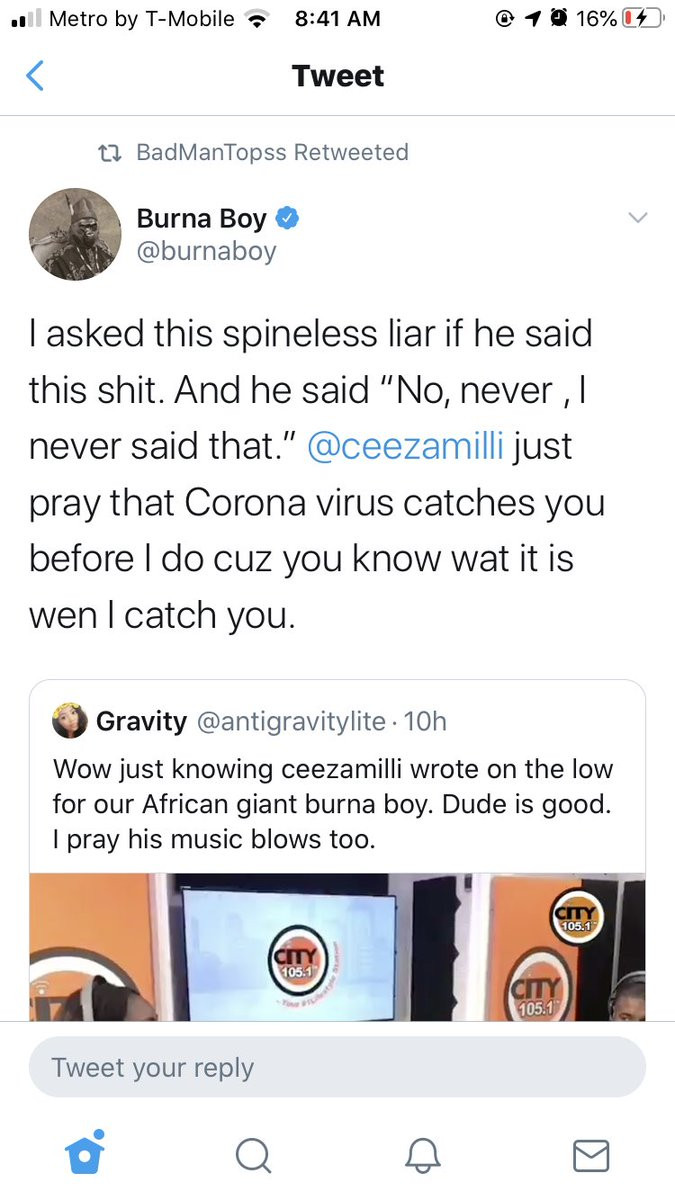 Peedi Picasso, CEO of Burna Boy’s former record label “Aristokrat Records” also backed Burna Boy, as he debunked Ceezamilli’s claim of label executives being present at the session in which “On The Low” was written or recorded.

When called out over his threat, the “African Giant” crooner apologized but insisted that Ceezamilli deserves few slaps. 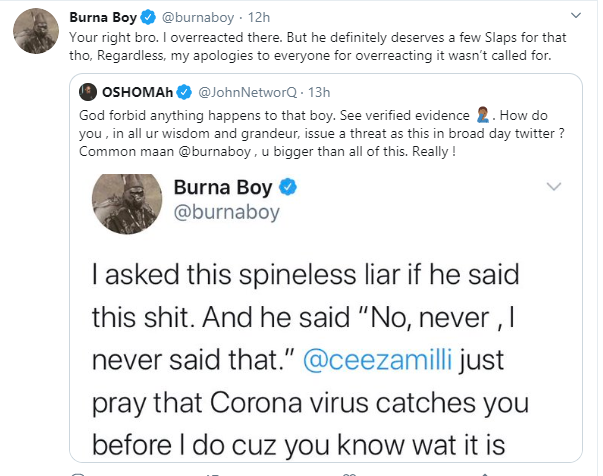