Adamu was abducted at a local shop by the gunmen who struck without being stopped.

Chief of Staff to the Bauchi governor, Ladan Salihu confirmed the development by sharing a video of Mr Mohammed’s reunion with his family on Tuesday evening.

Thanks be to God. The Representative of Bauchi, elder brother to Governor Bala Mohammed released by kidnappers… moments ago in Bauchi. Hausa: May Allah save us from Adamu This Mohammed from hannon those who have been kidnapped by him. Alhamdulillah 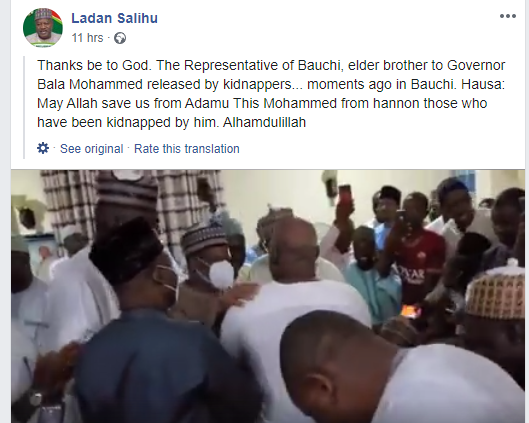